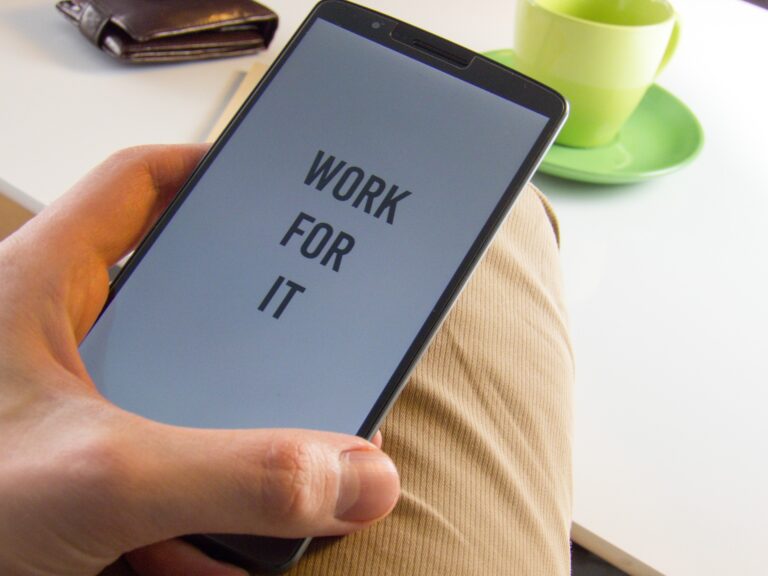 Always Protect Your Productivity and Motivation

When it comes to achieving big things, long-term productivity is a must. No one can get much done without it, let alone huge, impressive things. Here’s why you always need to be protecting and nurturing your productivity, and through that your motivation and inspiration.

Productivity is the Process, Motivation the Reward

When it comes to achieving huge, amazing things, the way we view work is all the wrong way around. We tend to visualise motivation as being a starting point to getting things done. Once I’m feeling inspired/motivated (these two are often interchangeably used), I’ll be able to get x, y and z done, but not until then. This is an excuse. The mind and body don’t always want to do difficult, challenging things, so they resist those initial starting moments of hardship with some really tricky mental gymnastics. By recognising this, you can start combating your own tendency to procrastinate.

In effect, you should start viewing motivation as the fuel that you only receive once you’ve started moving. If your car has a nearly flat battery, getting it started up might be a hassle with jumper cables and whatnot, but once you’re rolling, the engine will be charging that battery up again no problem. It’s the same with motivation. Once you’re moving, you have way less difficulty when it comes to stopping and starting. In this sense, motivation is the reward that you get from getting things done. It makes it easier to get things done the next day, and the day after that too.

Jerry Seinfeld, the great comedian, would talk about his methodology when it came to building motivation and momentum. He would set a calendar out, and every day he wrote a joke, he’d put a big red X in that particular day on the calendar. By doing this he began to build a chain of big red crosses stretching out back behind him. Whenever he felt his resolution waver, he’d look back at that chain of successes behind him and think “do I really want to break that chain?”. This is a great way to visualise the momentum and motivation that comes with just getting started and getting things done.

In essence, productivity is the entire process. It’s the painful and humbling initial incompetence, through to the beginnings of success as someone approaching competence all the way down to truly thriving. Motivation is just what naturally happens when you’re getting on with things. Every little success should spur you on to bigger and better things.

Always Treat Motivation as a Reward

It’s an amazing approach, treating motivation as a reward. Instead of viewing the end result of the work itself as the reward, the finished painting, the invoice sent-off, instead, you’re viewing the act of work itself as a reward. That means that as long as you try, and you get something done, you’re winning. You’re feeling satisfied and empowered. It’s agency and it’s momentum, and no matter what you do today, if you keep it up, it’ll lead to bigger things.

In essence, it’s all about reprogramming the way you view happiness. Too many people visualise happiness as this utterly nebulous concept of bouncing around life with an idiot-grin on your face, unfazed by the world around you. This is nonsense. Happiness is purpose and drive, balanced with relaxation and fun. In the modern world, there’s no shortage of options for relaxation and fun, but that purpose and drive comes a little harder. According to several studies, a huge percentage of people believe that if their job role were to disappear, it would make little to no difference to society (Read Bullsh*t Jobs by anthropologist David Graeber if you’d like to learn more about this depressing reality, great book). That means that the majority of the population fundamentally lack purpose in their lives, if they’re not getting it from work. Where are you meant to be getting it from? Hobbies? Maybe.

The opposite of happiness isn’t depression, as you might think, but instead boredom. If you feel at a loose end, unneeded and underutilised, that’s a real antonym to happiness, and depressingly that is a state many find themselves in daily. This is exactly why everyone should be treating motivation as a reward.

Stop viewing the rewards that society tells you that you should want as ends in themselves. Whether you’re looking at ridiculous sports cars, mansions, designer clothes, it doesn’t matter. You could acquire all these things and within a week your mood will have resumed it’s normal state. No, what you should be aiming for is a state of constant productivity, producing things that matter to you, spending your time on things you value and being a real, palpable benefit to the individuals and society around you. Anything short of that, and is really any wonder you feel depressed? We all know we need to be doing more things that actually matter, but actually ending up doing those things can be a long and difficult path for many of us.

Absolutely No Laurel Resting, It’ll Trip You Up

Have you ever heard the phrase: “don’t rest on your laurels?”? Laurel wreaths were given to sports champions in ancient times, and the phrase simply means that once you’ve succeeded, you shouldn’t rest upon that success beyond what you need to recover. It doesn’t matter what you’ve gotten done, if you rest too long, you lose the sharpness that allowed you to win in the first place. Succeeding at things can steal our hunger and drive, leaving us endlessly trying to rev back up to where we were just after we succeeded in the first place.

If you’re someone that achieves impressive things sometimes, but the rest of the time finds themselves a little mediocre, chances are, you’re guilty of resting a little too hard on your laurels. Put the medals, laurel wreaths, trophies, certificates away, start focusing on the next step up. Remember that every victory is a step closer to the life you want to be living, the performance you want to be delivering and the person you want to be. I’m not talking in terms of competitiveness alone, this about self-development and growth, and above all else, it’s about motivation. Never underestimate the ways in which successes can motivate and drive you on, and how they can bring you down if you let them.

Embrace the Difficulty of Starting Out

This might sound like a really big ask, but hear me out. I know it’s hard when you’re starting out at anything new, however, it’s in this process of being humbled and reduced to a beginner that you build all the new mental and practical habits that’ll set you up for success. If we simply went from thing to thing, constantly maintaining the same levels of ego, we’d never develop or change as people. This is terrible. This is decay, and slow decline. This is everything that stops you from becoming self-actualised. Those initial moments of being terrible at something are the first steps to becoming the person you need to be.

Realise that the longer you try at something, the more you invest, the bigger the motivation and momentum payback is going to be once you start achieving real goals. This is going to propel you to new heights within your given hobby or field, and those initial moments of being terrible are going to be formative in becoming the person you’ll become. Embrace the difficulty, it’s the first step to being spectacular.

The Power of Momentum

Fundamentally, this article is about the power of momentum when it comes to both motivation and productivity. Motivation is an elusive thing, and far too many of us are guilty of sitting around and waiting for it to arrive on it’s own terms. Sure, this might happen sometimes, but it’s absolutely nothing to rely upon, and certainly nothing to build any measure of success upon.

If you want to guarantee your own success and development, you need to focus on hunting down and trapping that motivation yourself. You need to become the master of your own mind, generating that motivation, inspiration and most importantly, momentum as and when you need it. That takes practice, daily practice, but anyone can achieve it, and through achieving that, achieving bigger, better things.

It all comes down simply to protecting your own productivity. We need to view the entire flower of productivity as a delicate organism. The core of hard initial work, the life-blood of momentum, the petals of inspiration and the colour and vividity of motivation. It’s a delicate thing, easily crushed and destroyed, but equally easily rebuilt.
I don’t know if you can protect it in the long run, allowing it to become stronger and more resilient, but I do know that in the short run, if you look after your productivity, it will look after you. Protect your productivity, value your team of one and you’ll achieve some huge amazing things.